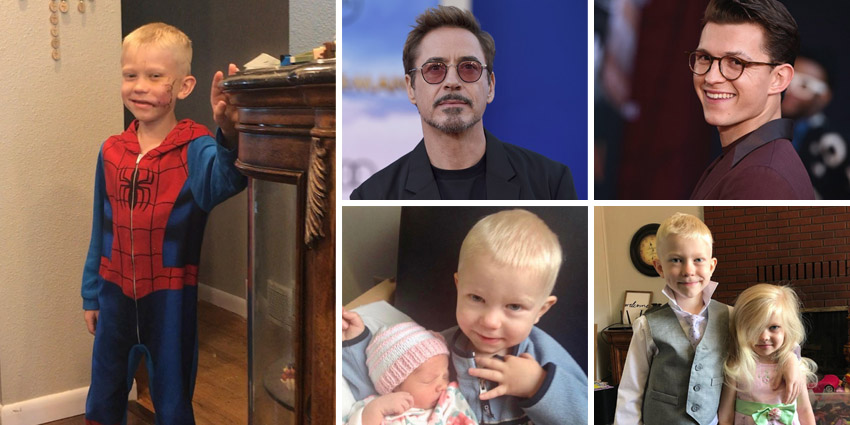 On July 9th, a six-year-old boy, a boy saved his sister from the dog attack. According to the news reports, Bridger Walker saved his little sister’s life by standing between her and a dog. This heroic story of Bridger went viral on social media after his aunt, Nikki Walker, posted about the incident on Instagram.

According to Nikki’s Instagram post, “My nephew is a hero who saved his little sister from an attacking dog. He, himself, took on the attack so that dog wouldn’t get his sister. He later said,” If someone was going to die, I thought it should be me.”

She also tagged actors from the film Avengers so that the boy will get some encouragement from his favourite heroes.

After the incident, Bridger underwent a surgery which ends up with 90 stitches on his face. Aunt posted his picture post-surgery that shows the courageousness of the boy.

Nikki’s post grabbed huge attention across social media. After receiving millions of likes and thousands of comments, Nikki updated about Bridge’s health, “His wounds are looking so much better! He’s in great spirits, and his awesome personality is intact,”. She thanked everyone for the support.

Chris Evans sent Bridger a video message. “This is a message for Bridger. Hey Bridger, Captain America here. How you doing, buddy?” the actor said in a video, which Walker posted alongside a video of Bridger’s reaction.

“I’m sure you’ve heard a lot of this over the last couple of days, but let me be the next one to tell you, pal, you’re a hero,” Evans said. “What you did was so brave, so selfless. Your sister is so lucky to have you as a big brother. Your parents must be so proud of you.”

In the video, Evans said he’ll send the superhero fan an authentic Captain America shield. “Keep being the man you are, we need people like you,” the actor said.

Mark Ruffalo who has played the character of Hulk in Avengers commented, “I truly respect and admire your courage and your heart.”

Tom Holland talked to the boy on phone. See the conversation between two Avengers below.

Anne Hathaway, who has played, Supervillain, Catwoman wrote “I’m not an Avenger, but I know a superhero when I see one,” I can only hope I’m half as brave in my life as you are in yours, Bridger. Wishing you an easeful recovery, and many cool looking rocks.”

Jeremy Renner who plays Hawkeye in the film called Bridger as “The First Avenger”.

Octavia Spencer also commented on one of Nikki’s posts, writing, “I’m not an avenger but I know and appreciate them as I appreciate your little hero. Angel hugs for you.”

Not only Avenger’s cast but other actors and celebrities also wrote about the heroism of boy saved his sister from the dog attack.